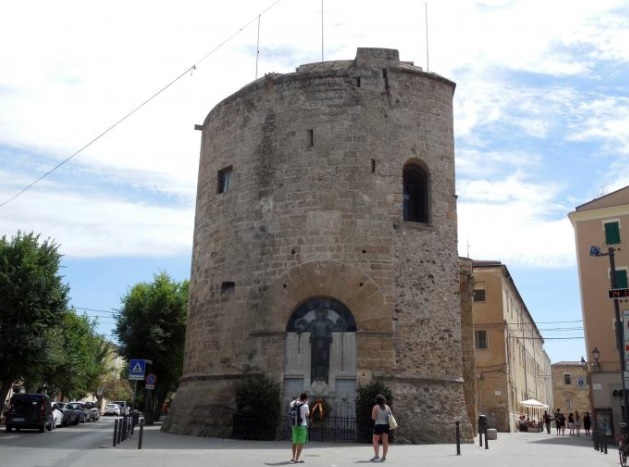 Posted at 20:27h in Blog by Tiziana Apartment
0 Likes
Share

The Genoese Doria family founded the city of Alghero in the XIII century. In the second half of 1350 the city was subjected to the Aragonese domination. Alghero was fortified around 1500 with various towers built in different points of the city and the coast.

In this article I will talk about the Tower of Porta Terra which was the only access by land to the city of Alghero. Originally it was called Porta Reial, Royal Door and was dominated by the stone coat of arms of the Aragon Crown. Porta Reyal then became Torre di Porta Terra in the era of the Savoia to underline its function as an entrance to Alghero by land.

A drawbridge protected access to the city by regulating its flow. A guard lifted it at sunset and lowered it the following morning. At night no one could enter or leave the city, whatever the reason or rank of belonging of the person concerned.

It is said that a king arrived at the gate of Alghero when the bridge had already been raised, so he could only enter the city the following morning, when he was received with the honors that were due to him. He wanted to meet the guard who had followed the imposed rules rigidly, complimenting him for respecting them.

The drawbridge is no longer present today. The tower carried out its function of regulating the entrance and exit to and from the city, until the demilitarization of the city itself which occurred at the end of the nineteenth century.

The Tower of Porta Terra today

Currently this structure welcomes exhibitions and services aimed at enhancing the cultural heritage of the city of Alghero, as a multimedia journey that narrates the history and customs of the city from its origins to the present day.

The Porta terra Tower, saved from demolition when the walls were demolished, today represents a sort of virtual passage between the historical and the new area of Alghero, between the past  and the present.

The municipal administration has created a pedestrian zone, to encourage the safe and peaceful movement  of tourists, who will thus be able to enjoy the beauty of the historic center and its crafts shops in serenity.

Walking into the little cobbled streets of the old town in Alghero in the evenings is an incredible emotion. In these moments of less influx of people it is even easier to see all  the beauties of this town. An opportunity not to be missed!

Spending your holidays with this area of Alghero as a base allows you to live as a local enjoying traditions intensely, to breathe local life, visit monuments without sacrificing comfort.In fact the center is a few meters from the sea front, it is very well served with regards to basic needs which can be bought is supermarkets, baker’s, and food shops selling local products, as well as in the fresh daily markets of fruits and vegetables.

There is of course no shortage of cafes, bars, restaurants for all tastes.

From the transport point of view, too, the city is very well served and connected to the main beaches as well as to the airport of Alghero Fertilia.

The pedestrian area will start from Porta Terra Tower to piazza Sulis.

Below the map with indication of the restricted traffic area.

The cameras that will monitor the entrance the old town by car are located piazza Sulis and via Simon! 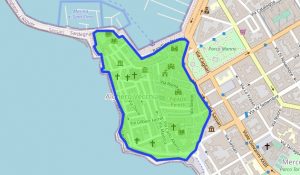 At this link you can find an indication of the parking areas available in the central areas of the city.

Tiziana’s apartments are located right at Porta Terra. From here you can start to discover this wonderful town and the beautiful beaches that are located  a few kilometers away.

The advantage  of having an apartment in the Old Town of Alghero, as  a base for your holidays, is  the possibility of enjoying all the advantages , all the beauties and surprises that this city reserves, which  will inevitably make you fall in love with her!

It is not necessary to enter the old town by car to get to apartments, either in the allowed hours, because the apartments are located less than one minute walk from the Tower of Porta Terra.

By using the site, you accept the use of cookies on our part. more information

This site uses cookies to provide the best browsing experience possible. By continuing to use this site without changing your cookie settings or clicking on "Accept" you allow their use.